To Build the smartest structures on earth with an eye for excellence in our processes, our people, our product, and our partnerships.

At Richard, what we build is bigger than buildings.

Our expertise is in critical patient care facilities, mission-critical projects, government buildings, civil projects, and self-performance—but what we actually create goes beyond studs and concrete. With unparalleled attention to safety, simplicity, and service, we provide the structures that help people confidently work, heal, live, and thrive. This goes for the fantastically rich careers we want for our teams and every single project we design, bid, build, and maintain.

Founded by a former Army captain who promotes “excellence in everything,” Richard Group has been the prime contractor on over $68MM in both design-build and design-bid-build projects in firm-fixed-price, lump-sum projects, CM-at-risk, and several other delivery methods. 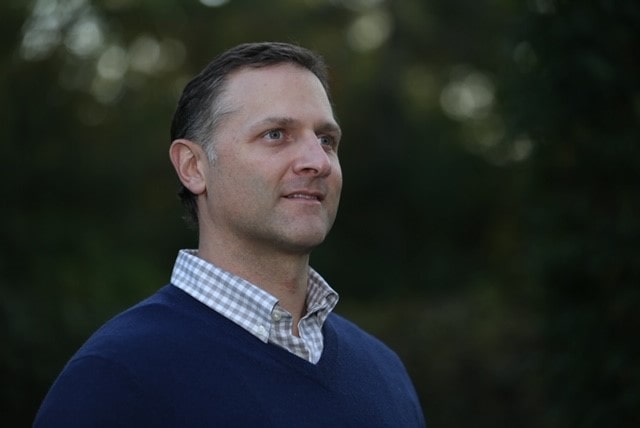 Founder & President
A third-generation contractor, Jed began his career working for his family’s construction company, which focused on private and public civil earthwork, concrete, and utility projects in Connecticut and Massachusetts. His career soon took him to Illinois, where he led work programs for two major Illinois general contractors in preconstruction, business development, and operations.

Prior to founding Richard Group, Jed managed national and international projects of over $500MM for the U.S. Government. As founder and president of Richard, he is involved as the chief estimator of every project since Richard Group’s inception and takes an active role in leading the field operation teams.

Jed is a former Ranger and Airborne-qualified Captain in the US Army’s 173rd Airborne Brigade Combat Team with three tours in Afghanistan during Operation Enduring Freedom, where he experienced firsthand what people can do when they harness their talents together for a single purpose. 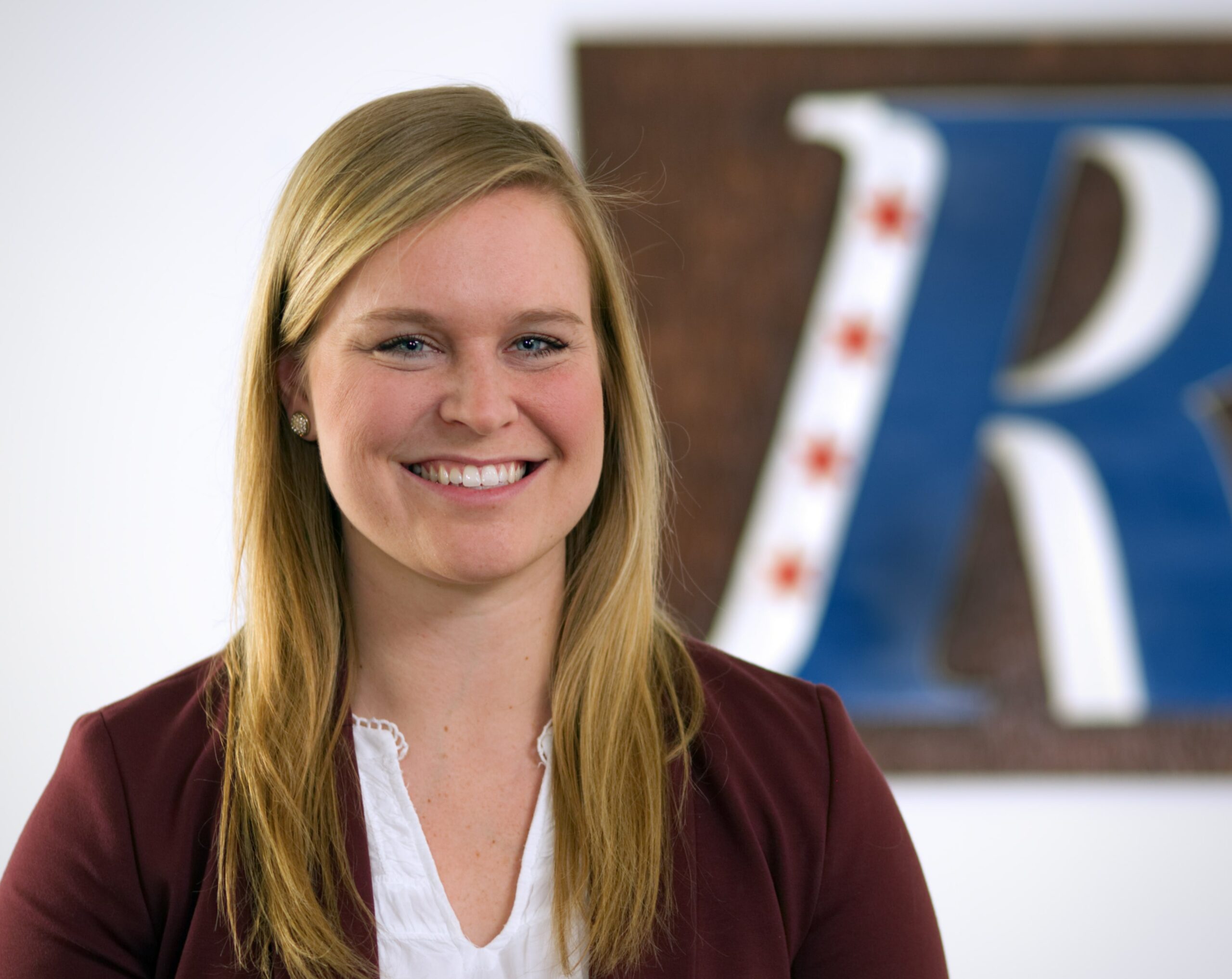 The Richard Group was officially founded in 2014, but its mission was decades in the making.

Growing up in a family of construction specialty contractors, Jed Richard watched his grandfather teach his father and uncles the art of masonry, excavation, utilities, drywall, a hard day’s work, and a job well done. Inspired by the determination of blue-collar entrepreneurs, Jed was called to make a difference in the world, first by graduating from West Point and then by serving as an Army captain who led Airborne Infantry units during three tours in Afghanistan.

While in Zabul and Kunar in 2005, he and his men built some of the most cohesive small teams in the Army to fight against the Taliban insurgency. Over the span of a year, these teams often had nothing but each other and the mission, living in mud huts and off the land, without a proper meal or shower for weeks. In conditions that would have brought out the worst in people—hunger, battles, homesickness, physical and mental stress—these soldiers stood apart, laying every ounce into what the mission required.

“It was the culmination of talent, grit, and determination as well as the utmost respect for each other, their leader, and even their enemies,” said Richard, who returned to Afghanistan again in 2007 and 2008. “It became clear to me what talented, motivated, and accountable people can do when challenged, motivated, and acknowledged.”

After being honorably discharged in 2009, Jed went on to lead design-build programs for new embassy compounds, traveling to more than 20 countries to support major construction operations from Beirut to Jakarta. He led his construction teams with the same unwavering trust and transparency of his Army career, believing better and faster outcomes were a result of stronger leadership, clear communication, and higher participation in the process.

Throughout its aggressive growth, Richard remains relentlessly committed to its projects, services, and outcomes through its dedication to—and of—its team members, all of whom are driven to exceed every expectation of quality, safety, timeliness, and client satisfaction.

“As an Airborne Ranger, I saw first-hand what people can do when they commit to each other and a mission. I founded Richard Group knowing that processes and plans don’t deliver exceptional results; exceptional people do. There is simply no substitute for what happens when high-talent, high-performers can’t wait to bring their best to the table.”

Our company framework has structural integrity.

We believe that a well-built project requires zero call-backs during the warranty phase. We successfully manage complex projects without complications because we understand that every project can be distilled to its simple components, all of which are approached and delivered with intention, proper training, and with optimal performance in mind.

We believe people give their best when they get the best.

Our “Open Book” culture gives employees at every level the ability to access and contribute to our company mission, strategic plans, and financial performance. We know that when our team members know where we are going—and what’s there for them when we do— they’ll help find ways to make it happen.

Every employee is a safety officer with the authority—and the responsibility—to stop work, report unsafe acts, and provide training mentorship both to employees and subcontractors. As a construction firm that manages 20 projects, 200 people, and 50 pieces of equipment on a daily basis, we keep our eyes on safety at all times. Our EMR, DART, and OSHA reports have the highest ratings in our industry for this reason.

Construction is not rocket science; it’s a mastery of variables.
We simplify complex projects and distill them down to their basic components so that each piece can be delivered with the highest standards.

We know how hard and important this work is.
Taking the time to thank others for who they are and what they do is critical to our operations. It not only acknowledges the contributions of the individual, but also lays the foundation for best practices and better performance for all.

JOY IN THE WORK​

When employees love what they do, so will everyone else.

At Richard Group, what we build is bigger than buildings.

This includes helping our teams learn the ebb and flow of work and life so they can bring out the best in themselves, their families, and our local communities. We believe your best life is in partnership with your employer, and are committed to being “the best second-family you can have.”

Want to see what happens when we
put these values to work?

Start Your Career With Richard
Explore our portfolio

Our growth strategy is simple. We operate where our customers need us. Our teams are based in the Midwest, placing us within easy reach of new project teams throughout the United States. 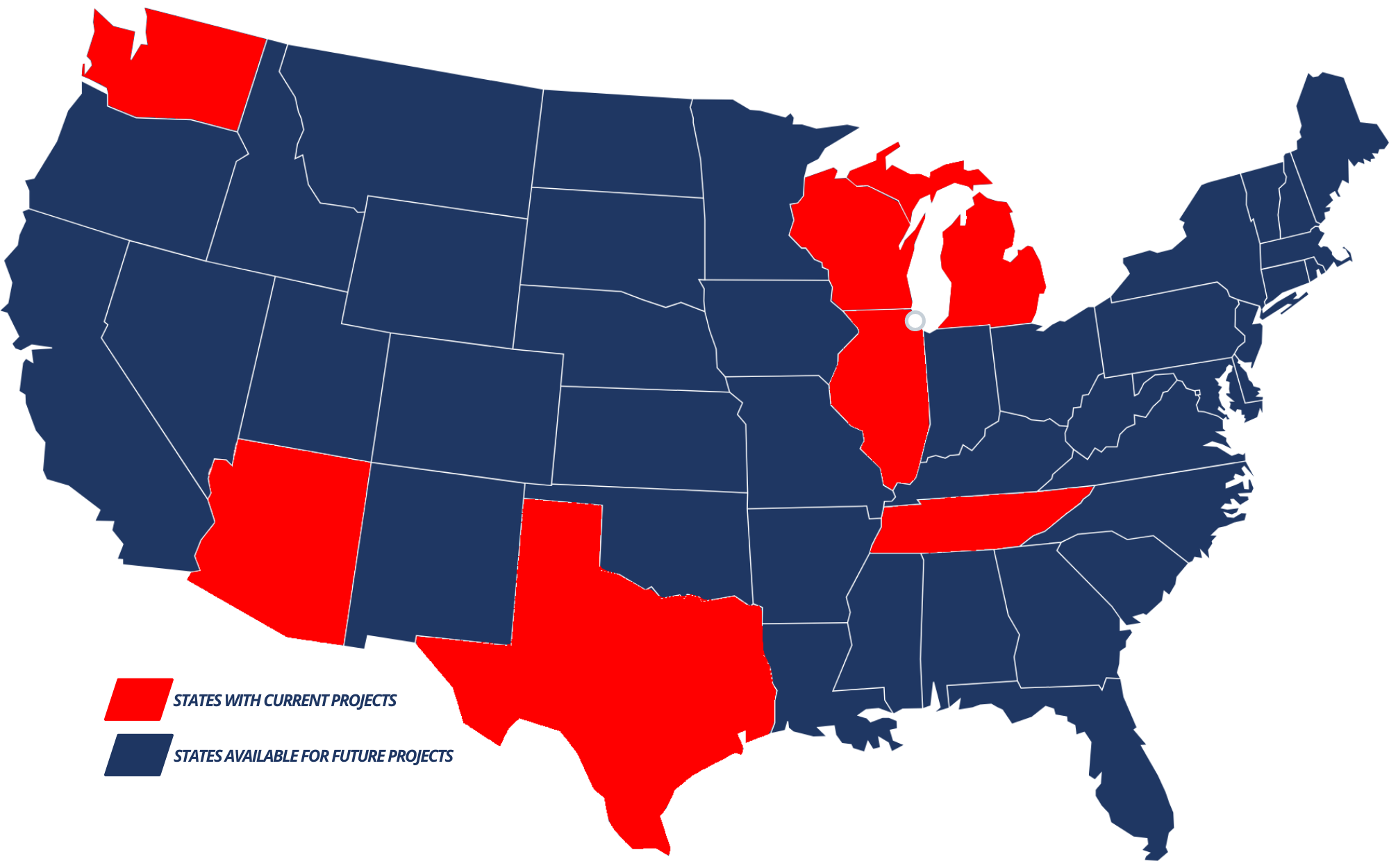 Over $500k of self-perform tools and equipment.

Established in 2014, Richard Group LLC (Richard) is a veteran-owned general contracting company based in Chicago, IL. With its 100% full-time workforce, Richard humbly leads from the front in the construction of Department of Defense facilities, critical patient care facilities, civil roadway and utility projects, commercial tenant improvement, and adaptive reuse.